Why do the successful people with easy lives talk so much? 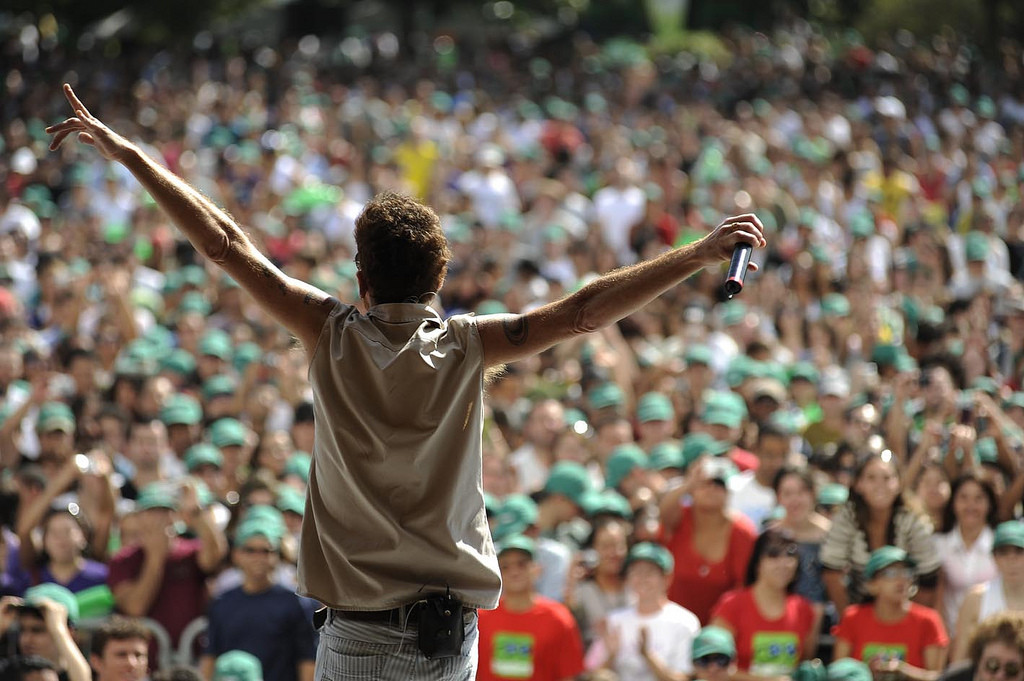 First, let’s be clear. In no way am I trying to devalue someone’s experience, or make it seem like one person’s story is better than another for any reason. The point of this post is to say: we need to hear more stories from people who have been. through. shit. Good. Glad we got that out of the way.

When I hear a “success story”, my bullshit meter goes crazy. Mainly because I’ve come across so many stories that my eyes can’t take anymore serious rolling, so I have to filter.

Like a recent story I heard {by accident} on a podcast I won’t name.

No offense, don’t take this the wrong way, but fuck these success stories from people who don’t seem to have ever been through anything really tough.

I don’t want to hear shit from these successful people who’ve had parents that coddled and co-signed their lives from day one.

What about someone who had to make their own way through school and then realized they didn’t want to practice law, or medicine, or whatever?

Or a person who had to deal with a lot of really tough shit in their younger years, and were still able to overcome / find success?

Or someone whose life was going on, pretty happy (or maybe not), and then they get hit with some kind of disaster and they’re able to come out from it a better person?

That’s the story I want to hear.

But there are so many of these stories floating around from those *other* people who’ve basically been set up for success from a young age. It sends the wrong message.

For a while, I started to think that the ones like me, who have really struggled, we don’t get to be successful.

And then shit gets even more real when you look at those people who are talking, and you realize none of them are like you in some very specific ways: they’re all men, or they’re all white, or they’re all {enter other circumstance here}.

That sends another, very dangerous message.

There’s something about those people. The successful ones who’ve had nice, happy lives. They have a confidence that has never been challenged. I think if you’ve dealt with abuse of any kind, you sort of learn to shut yourself down.

The last thing you want to do is stand up and start sharing your story or talking to people. At least, this is how I see it.

If you’ve lived with someone who’s abusive, getting up and talking could get you hurt. So you’re more likely to live small.

Then if you have lived past it, got away, overcome, and had some success in your life, it might not occur to you that other people want to hear your story. That other people can draw strength from your strength, confidence from your confidence, learn from your lessons.

In my eye, the world is a scary place and I’m not sure if there’s someone else out there like the person I got away from. So if I get up and start sharing my story, my fear is that person will show up in my life again.

I started listening to Unmistakable Creative a couple weeks ago. It was by pure accident. I had subscribed, but never listened until I saw the title “How to Live Well and Die Well with Greg Hartle – Part 2“.

It shook my world. I cried, downloaded both episodes on two different computers, put it on my iPod so I could listen to it anytime, played, paused, took notes, googled what it meant to find the ‘temporary structures’ Greg talked about, shared it with anyone I thought would be interested.

It was exactly the type of story I was looking for. So I spent the rest of the weekend stalking Greg Hartle to find out everything I could about him and his story.

Even though in the podcast he said he wasn’t in the public eye anymore because of health issues, I figured I could find more from him. More about his experience, more about his journey, just more.

We need to hear more from people who have actually been through tough shit.

For Part 1 and 2 of Greg Hartle’s interview with Srini Rao on The Unmistakable Creative podcast, click the images below. 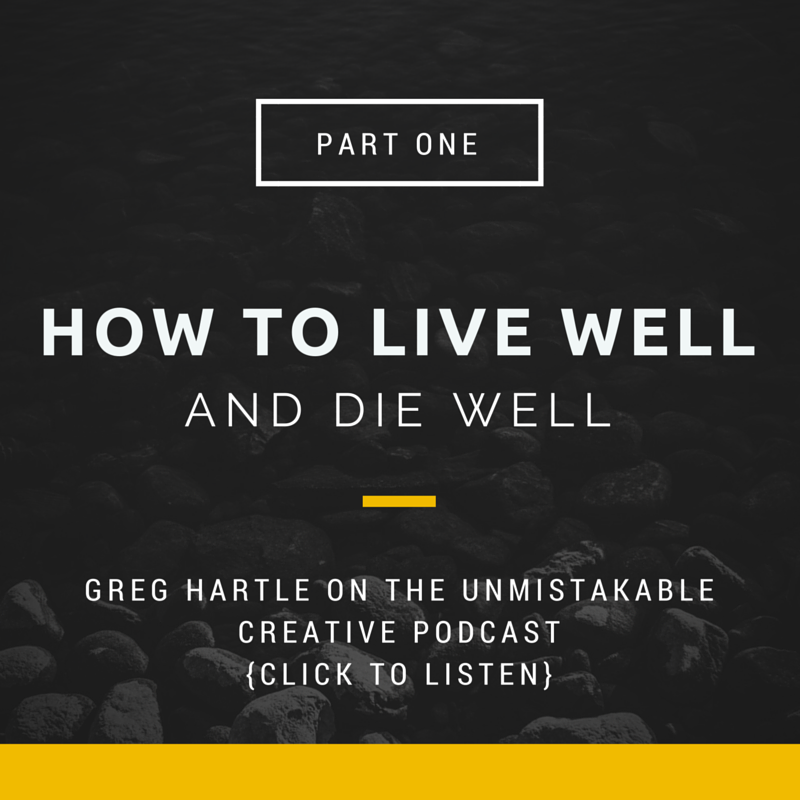 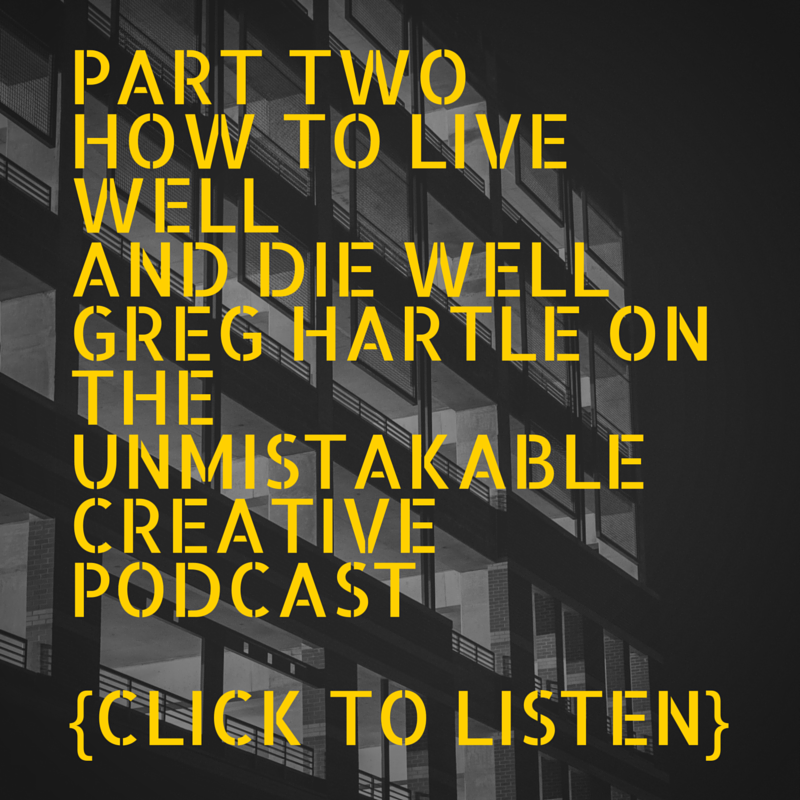