Staying Still to Break a Pattern 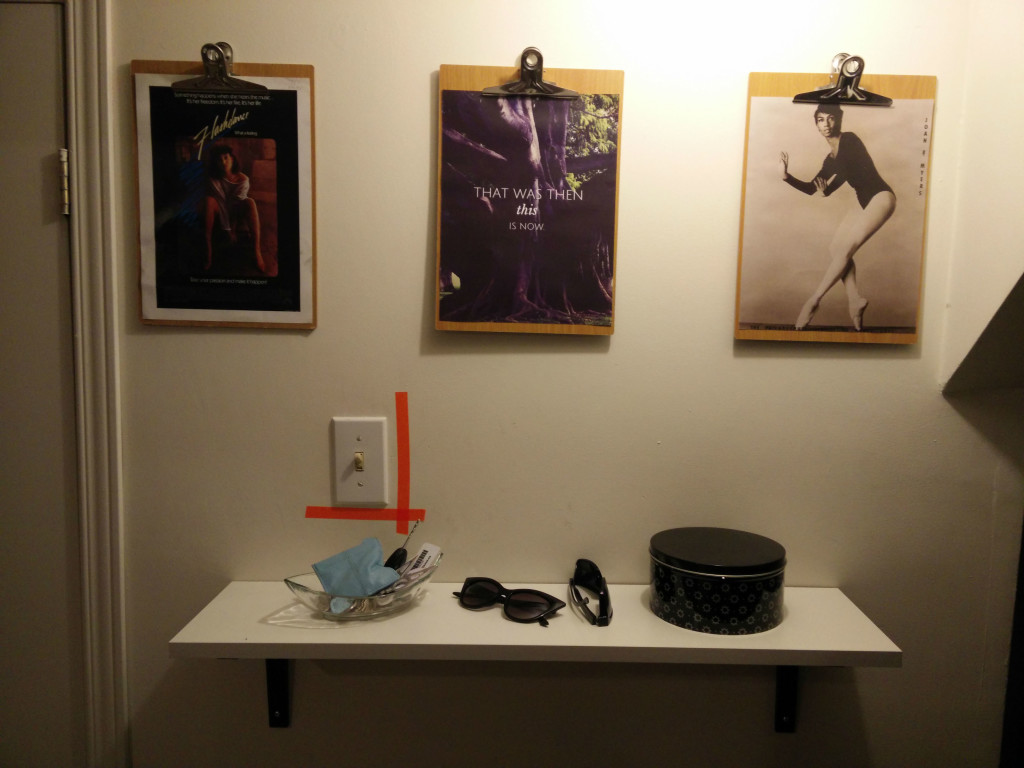 This has been my pattern over the last five or six years: get a new job, move, move again, get a new job. And although some people would say this is normal (expected, even recommended), it didn’t feel normal. It felt like I was running from something.

When I thought about “WHY?!”, the answer wasn’t clear for a long time.

All I knew was that I felt like this:

In trying to Iyanla-myself, I thought maybe it was a little bit of believing I didn’t deserve stability. And a little being afraid of staying in one spot. Then some general not-knowing-how-to-live.

Each apartment I had looked like a hotel room. A room in one of those hotels where each room is designed differently, but a hotel room nonetheless.

There was no personal in the personality. To most people, it would be obvious to put up pictures of loved ones, but it was something I had never done until I saw a post by Gala Darling that caught my attention. I can’t find which exact post inspired me, but I probably misread her tagline to read ‘Adorn Yourself, Adorn Your Life’ and went from there. ¯\_(ツ)_/¯

Now I sit in my apartment surrounded by pictures of the family and friends who’ve made a difference in my life. I used Canva, Pixlr and free images I could find online to make posters that meant something to me. And I made an effort to really make the place mine.

My move to my parents house was an angry one: I had just started a business and it was a struggle to get rent together. I felt like I failed and all the stuff I had accumulated in years past now needed to be lifted and lugged. Reminding me of where I had gone wrong.

I didn’t know where I would land next (‘cause it wasn’t gonna be my parents place for long) and so I just got rid of everything. Threw the unusable stuff in garbage bags, gathered the stuff I still kind of wanted but couldn’t carry anymore, left it at the local Value Village and kept the essentials.

Fast forward to one weekend before the Christmas holidays. By this time I had a new, empty apartment and was eager with inspiration to make it a home, so I went to my local Ikea. Little did I know this trip would stir up a frustration that had never brewed within me before. 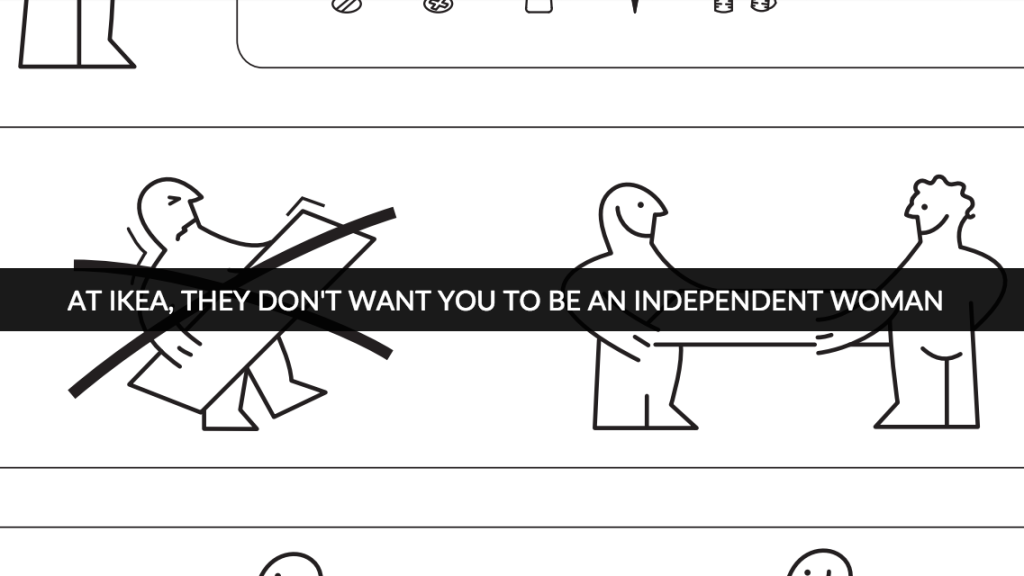 Queue the drama. It started when I realized I was surrounded by couples and families:

“You’re the only person here by yourself.”

“Why are you buying shit you already had?”

That last realization was a tough one, but necessary. It forced me to look at my life and see the pattern for what it is. It forced me to acknowledge that I was afraid I’d never be able to move forward, that I’d be stuck in this perpetual pattern forever: single, constantly needing to find a job, searching for a new apartment or moving.

My first instinct was to destroy the pattern with fire.

But thinking about what it would mean to break the patterns made me even more uncomfortable. If my pattern is to quit my job and move every time things get mildly uncomfortable, what did I need to do to break that pattern?

Nothing. Or more specifically, “nothing”.

My only option here, I realized, was to straighten my back, plant my feet on the ground underneath and look at the world that’s open to me, instead of the one left behind. To look at what I’ve created instead of getting frustrated that the things I want in life aren’t here, in front of me.

When it came to where I lived, I had to plant my own roots. That’s why the pictures and memories I put up all over the place are so meaningful. They remind me that I create home where I am.

I like to think I don’t have a problem being honest with what works and what doesn’t. Especially when it comes to my job. Hell, every time I didn’t like something, I would go back to school so I had an excuse to leave… or just leave. And while I can honour myself for that honesty, the way I was going about making the changes I wanted needed to… change.

Work is a process of calibrating, testing out new things, trying different industries, learning new skills. But being honest with myself meant admitting that my ‘get up a quit’ reaction wasn’t working either.

The problem was the feral cat-energy I was bringing to the situation (see Pinky above).

Staying still gives me the chance to check that cat. Its meant being honest when I feel:

Now I know that unless I’m making a decision from a place of cool cat, it’s not the right one.

I love talking about this kind of stuff, so if you found this interesting or useful, please comment and / or share! Or tweet me. We’ll probably get into some kind of discussion about it ;).